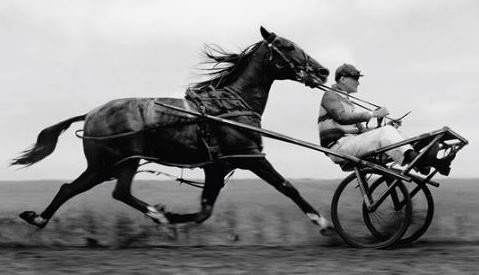 The US energy space is enormous.

We consume or process close to 19 million barrels of crude oil every day, while producing about 1 million in ethanol and biodiesel.  We consume or convert over 27 Trillion Cubic Feet (TCF) of natural gas in a year in our homes, industries, increasingly in power generation, and now, we are moving to export by pipeline to Mexico or add to the global market with LNG. We were consuming over 900 million metric tons of coal, but we’ve seen that decline rapidly in the past few years.  Our nuclear fleet generated close to 800 Terawatt-Hours (TWH) last year.

We are home to over 500,000 MegaWatts (MW) of natural gas power generation capacity; 300 GigaWatts (GW) of coal fired plants; a 100 GW of nuclear power stations mostly in the eastern half of the country, that I write about in detail here; close to 75,000 MW of large hydro capacity; the same installed capacity of large scale wind power; 25 GW of solar, roughly composed of 45% distributed, 10% CSP/STEG and 45% large scale solar farms; 4-5 GW of geothermal and lesser quantities of biomass to power generation.

If we included Canada, our combined electric distribution and transmission system is often referred to as the largest machine on earth.  Although, it is quite conceivable that our crude oil, natural gas and petroleum pipeline networks are vying for that honor; where the movement of their products contributes by no small order to our overall energy consumption, particularly with natural gas self-consuming to move itself along. 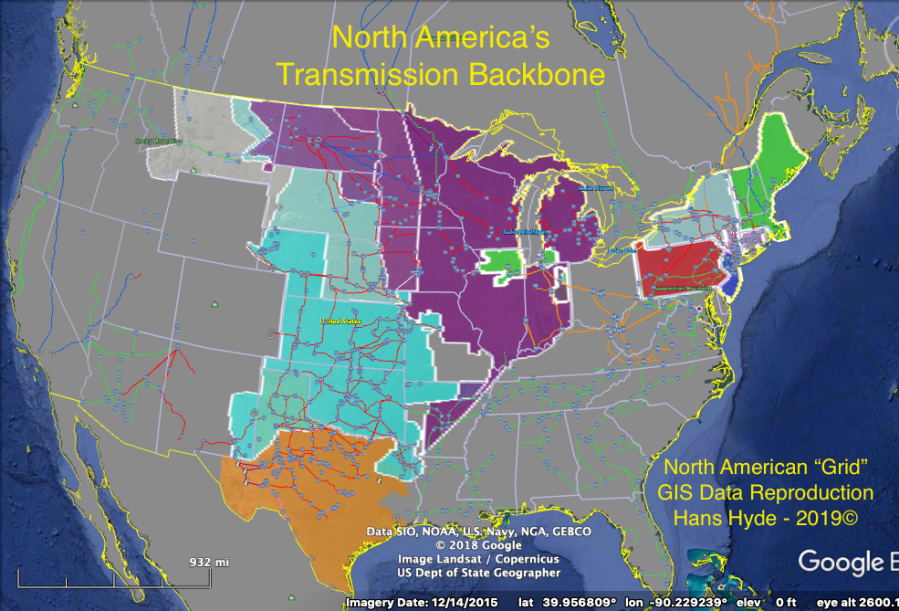 We would also be amiss if we did not mention our massive water engineering projects; displacing, regulating, impounding or otherwise making use of our water resources.  If I had to guess, we use over 10 GW to move water over hills & mountains, which is more than enough to power several African countries combined.  I wouldn’t want to guess how much energy we use to pump water out of the ground, where that quantity will only increase with dropping water tables… an uniformity across much of the country.

In many regards, we continue to put the cart before the horse, then wonder why after we careen into the ditch, it didn’t go as we had planned when we started off.

We have over 2000 electric “utilities”; ranging from small distribution cooperatives and municipalities to expansive Rural Electric Associations (REA) held together with more wooden poles than customers themselves.  We have massive vertically integrated Investor Owned Utilities (IOU) serving millions of people, while government formed corporations such as Tennessee Valley Authority (TVA) generate electricity with coal, nuclear, hydro and natural gas and send it over extensive transmission systems supplying tens of local distribution companies and their customers.  We have regulated and deregulated markets, merchant fleets, state regulatory agencies, independent system operators (ISO), domestic and foreign national ownership, three distinct & separated grids, and we have Federal Energy Regulatory Commission (FERC) and North American Electric Reliability Corporation (NERC) to keep an eye on everything.

Our systems are complex.  Some times they work together, other times against one another.  Like the human body, they somehow manage to function efficiently and reliably, with very few hiccups noticed in our daily activities.

They, our energy systems, are a wonder, a marvel even, of the modern world.

But one thing we don’t have, as astonishing as it may seem for an electric network this size, growing increasingly complex and dynamic with rise of low carbon generation and technologies that can help us reduce our carbon intensity in our consumption; is a blueprint of protocols, not unlike that which allowed the Internet to expand through innovation, from which we can actually make this all work together in harmony, instead of carving out a piece of the pie through a destructive spiral to “lowest price wins”.

We could do better.  We could definitely reduce our carbon intensity in the power sector much more cost effectively.  But, unlike other locations with far simpler electric systems where the advancement of technology allows me to be cautiously optimistic, the complexity in the United States energy landscape forces me to be pragmatically pessimistic that we will arrive at the objectives we need to achieve in very short order.

In many regards, we continue to put the cart before the horse, then wonder why after we careen into the ditch, it didn’t go as we had planned when we started off.